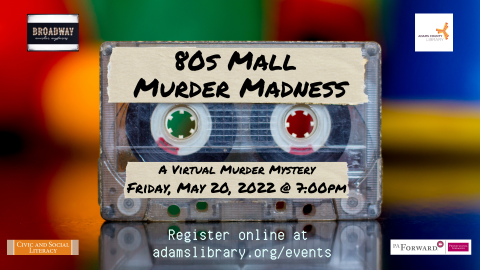 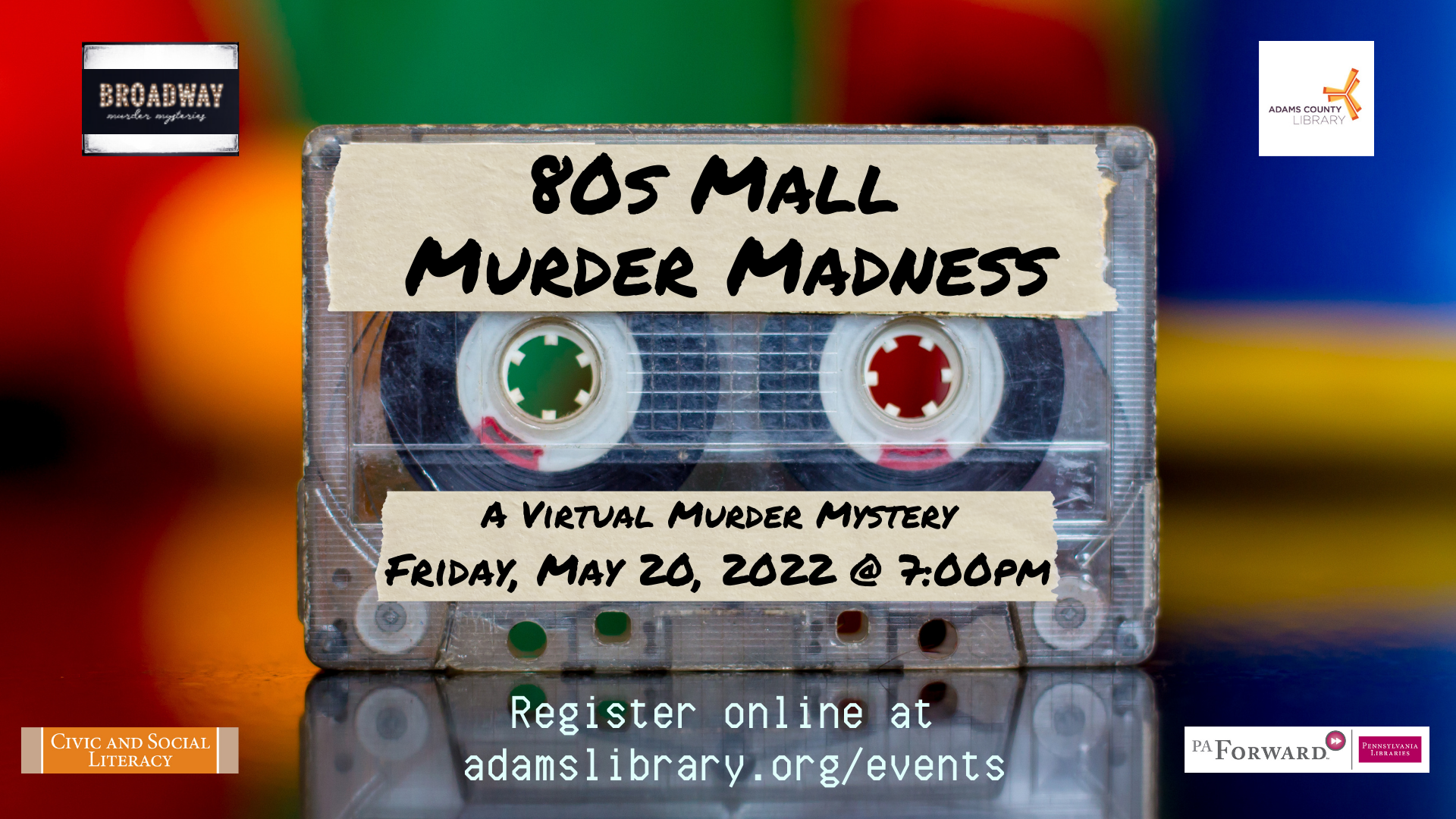 Don't forget about this event. Add it to your calendar.

Let your friends know about this event! Share it on social media.

Bust out the big bangs and neon clothes! We’re going back in time for this 80s-themed interactive murder mystery event where everyone is a suspect!

It’s 1985, and real estate developer and “entrepreneur” Whit Wiley has just cut the ribbon opening the newest marvel in his shopping mall empire: the Wiley Waterside Galleria Mall in Malibu. Whit was to top the Forbes list of most rich and powerful men of 1985 - until he washed up in the mall fountain, strangled by his skinny tie.

Who could be responsible for the murder of this influential businessman? Was it his first wife, Willhemina Wiley, seeking revenge for Whit Wiley's many extramarital affairs? Was it local super shopper Connie Sumer, angry over the Galleria’s inflated scrunchie prices? Or was it fashion designer Cal Von Cline, who objected to Wiley's appallingly gaudy bad taste?

Time to whip out that credit card and tease that hair as big as it can go - we’re shopping for a murderer in 80’s Mall Murder Madness!

"80s Mall Murder Madness" is an online, interactive murder mystery where everyone is a suspect! It combines the excitement of Clue with the imagination of theatre. Participants will be given a character, costume idea, and a booklet which will contain answers to be given as your character when questioned by detectives. During the party, your hosts will provide you with clues and evidence to help narrow down the suspects. Use your improv skills to throw off the competition or your acting skills to conceal that the murderer is really you!

No experience is required but you must be 16 or older to participate.

Sign up for our monthly e-newsletter and periodic e-blasts.